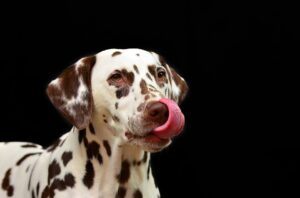 A dog’s personality and behaviors stem from their breed (or mix of breeds) and the reason their breed was created. Knowing more about your dog’s breed and its purpose will help you to tailor enrichment, games and activities that will best suit him/her and will help you understand why he/she does certain behaviours.

Toy breeds, such as Maltese, Chihuahua, Shih Tzu, were bred for companionship. They take on the breed characteristics of their larger cousins, so researching their breed origin is a must to know them best. Due to their small size they often become quite snappy and bark, regardless of what breed they were bred down from.
Terriers, such as Jack Russells, Fox Terrier, dachshunds, were bred to chase after and kill vermin and small animals. They have amazing noses, endless energy and are very independent, so allow them to exercise these innate behaviours in a controlled environment. Their hunting and independent nature often causes dog and dominant aggression. They are notorious for being difficult to house train – so be strict and consistent.

Gun dogs, such as retrievers, spaniels, setters and pointing breeds, were bred for flushing, hunting and retrieving in water, on land, or in the air. They love ball and Frisbee games. They are good natured and outgoing, which can lead to a desire to roam. Being energetic hunters they have a strong drive to chase and can be known to be mouthy, destructive and possessive. They love to train and work well with humans, but can be known to have separation anxiety and become very vocal.

Hounds, such as scent hounds and sight hounds, were bred to track prey by scent or sight. Due to being master smellers or having impeccable sight they get in a zone and become difficult to snap out of their innate behaviour. Allow an outlet for them to exercise this behaviour by giving space to run and sniff in a controlled environment. They can be predatory to small animals. Many are not interested in obedience training, so have earned the reputation of being stubborn and stupid, which they are not.

Working dogs, such as Border Collies, Australian Cattle Dogs, Kelpies, German Shepherds, were bred to herd or protect stock; sheep and cattle. They love to train and take commands from humans. Due to typically having separation anxiety and being energetic, they require a lot of mental stimulation when home alone to avoid unwanted destruction. As they are quick to use their teeth to move their flock, they will often nip when playing or wanting attention and have a strong drive to stalk and chase.

Utility dogs, such as Rottweilers, Mastiffs, Huskys, were bred to herd or guard other than stock. They are smart and highly trainable. Being energetic, they like to have something to do and require ample mental and physical stimulation. They love being with you, therefore typically can have separation anxiety. Their strong guarding instinct can be the source of aggressive tendencies, especially to new people approaching them.